We are pleased to announce the following Keynote Speakers for 8th International Conference of Control, Dynamic Systems, and Robotics (CDSR'21): 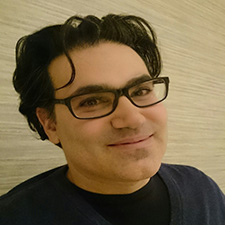 I am an Associate Professor (Senior Lecturer) in Distributed and Pervasive Computing, School of Computing Science, University of Glasgow. My expertise is in the areas of large-scale distributed data systems and in-network information processing. I have received funding for my research by the EC/H2020, UK EPSRC and the industry. I am an author of over 150 refereed scientific journals/conferences [scholar]. I am leading the Essence: Pervasive & Distributed Computing Lab within the Knowledge and Data Engineering Systems Group (IDA Section). Before joining Glasgow, I was an Assistant Professor at Ionian University (2013) and Adjunct Assistant Professor at the University of Athens (2009) and University of Thessaly (2011). I have held postdoctoral positions at University of Glasgow and University of Athens in the area of mobile and context-aware computing. I hold a BSc, MSc, and PhD in Computing Science, University of Athens (2008), I am an associate fellow of the HEA and member of ACM, IEEE and IEEE STC.

Topic of Keynote: Pushing Intelligence at the Edge Syed Rashid Zaidi received the M.S., M.Phil. and Ph.D. degrees in Electrical Engineering from City University of New York, NY, USA. He is currently Assistant Professor & Program Director of Cybersecurity & Networking Technology and Electronic Engineering Technology in The Department of Engineering, Physics & Technology of the Bronx Community College of The City University of New York. His research areas are Fiber Optics Communications, LTE, WiMAX, 5G, and next generation wireless networks and cybersecurity. He has received numerous awards, a recent one is a prestigious grant award from the U.S. Department of Education to update the Cybersecurity program and build the latest industrial-standard lab.

Topic of Keynote: An Overview and Performance Evaluation of an EPON-based 5G RAN Architecture enabled by Distributed Network Control Management 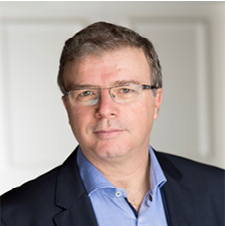 Professor and Director, Mechatronics and Microsystems Design Laboratory, University of Toronto. He also serves since 2015 as Chief Research Officer and Associate Scientific Director of Mitacs and member of the Executive Team. He is also Chair of the Mitacs Research Council. Mitacs is a national organization that funds innovation across Canada. He is also a Co-founder and currently President and CTO of Sheba Microsystems Inc. a Toronto manufacturer of microactuators for miniature cameras for the smart phone, automotive and action camera markets.

He joined the University of Toronto in 1997, having previously held positions at the National Research Council of Canada, and the Ford Research Laboratory in Dearborn, Michigan. Ridha received a PHD in Mechanical Engineering from the University of Michigan, Ann Arbor in 1994. His research led to a number of patents and inventions including 30+ international patents, more than 300 refereed research publications and a number of technology licenses to industry. He received numerous teaching, research and professional awards including the Connaught Innovation Award in 2013 and in 2014.  His recent activities include being Associate Editor of the Journal of Mechatronics (2015-current), serving on the Steering Committee of the IEEE Journal on Micro Electro Mechanical Systems (2010-current) and being a member of the IEEE IES Publication Committee (2013-current). He was in the recent past the founding Director of the Robotics and Mechatronics Institute and Associate Chair, Research of Mechanical and Industrial Engineering at the University of Toronto. 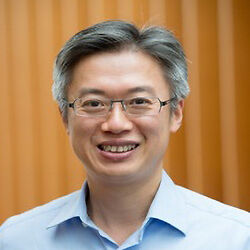