We are pleased to announce the following Plenary and Keynote Speakers for 9th International Conference of Control, Dynamic Systems, and Robotics (CDSR'22):

John Doyle is the Jean-Lou Chameau Professor of Control and Dynamical Systems, Electrical Engineer, and BioEngineering at Caltech, and received the BS&MS in EE, MIT (1977), and PhD in Math, UC Berkeley (1984)). He was a consultant at Honeywell Systems and Research Center from 1976 to 1990.

Topic of Keynote: Universal Laws and Architectures and Their Fragilities
Keynote Abstract 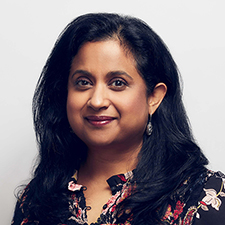 Deepa Kundur is Professor & Chair of The Edward S. Rogers Sr. Department of Electrical & Computer Engineering at the University of Toronto. A native of Toronto, Canada, she received the B.A.Sc., M.A.Sc., and Ph.D. degrees all in Electrical and Computer Engineering in 1993, 1995, and 1999, respectively, from the University of Toronto. Professor Kundur’s research interests lie at the interface of cybersecurity, signal processing and complex dynamical networks. She is an author of over 200 journal and conference papers and is also a recognized authority on cyber security issues. She has served in numerous conference executive organization roles, and has participated on several editorial boards and federal government funding panels. She currently serves on the Advisory Board of IEEE Spectrum. Professor Kundur’s research has received best paper recognitions at numerous venues including the 2015 IEEE Smart Grid Communications Conference, the 2015 IEEE Electrical Power and Energy Conference, the 2012 IEEE Canadian Conference on Electrical & Computer Engineering, the 2011 Cyber Security and Information Intelligence Research Workshop and the 2008 IEEE INFOCOM Workshop on Mission Critical Networks. She is a Fellow of the IEEE, a Fellow of the Canadian Academy of Engineering, and a Senior Fellow of Massey College. 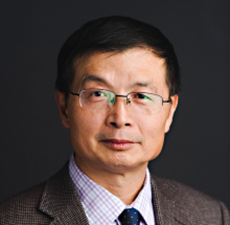 Xinzhi Liu received the B.S. degree in mathematics from Shandong Normal University in 1982 and the Ph.D. degree in applied mathematics from University of Texas at Arlington in 1988. He was a Post-Doctoral Fellow at University of Alberta from 1988 to 1990. Then he joined the Department of Applied Mathematics, University of Waterloo as an Assistant Professor, where he became an Associate Professor in 1994 and a Full Professor in 1997. He has authored or co-authored more than 400 journal articles, six research monographs, and 20 edited books. His current research interests include hybrid dynamical systems, multi-agent systems, complex dynamical networks, and infectious disease modeling. 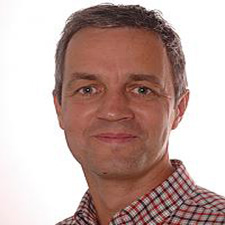 Rodolphe Sepulchre received the engineering degree (1990) and the PhD degree (1994), both from the Université catholique de Louvain, Belgium. He was a postdoctoral research associate at the University of California, Santa Barbara, from 1994 to 1996. He was then appointed at the Université de Liège in 1997. In 2013, he moved to Cambridge, UK, where he holds the control chair in the Department of Engineering and a professioral fellowship in Sidney Sussex College. He held visiting positions at Princeton University (2002-2003), the Ecole des Mines de Paris (2009-2010), California Institute of Technology (2018), and part-time positions at the University of Louvain (2000-2011) and at INRIA Lille Europe (2012-2013). He was the Petar Kokotovic Distinguished Visiting Professor of UCSB in 2019.

He is a fellow of IFAC (2020), IEEE (2009), and SIAM (2015). In 2008, he received the IEEE Control Systems Society Antonio Ruberti Young
Researcher Prize. He was elected at the Royal Academy of Belgium in 2013. He is the recipient of the 2020 IEEE Axelby Best Paper Award. He
is (co-) author of the monographs Constructive Nonlinear Control (1997, with M. Jankovic and P. Kokotovic) and Optimization on Matrix Manifolds (2008, with P.-A. Absil and R. Mahony). His current research interests include the differential theory of nonlinear systems and the feedback control principles of neuronal circuits. His research is currently funded by the ERC advanced grant Switchlets (2015-2021). He is Editor-in-Chief of the IEEE Control Systems Magazine since 2020. 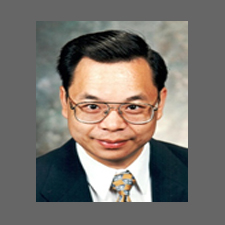 Prof. Yang has diversified research expertise. His research interests include robotics, artificial intelligence, sensors and multi-sensor fusion, wireless sensor networks, intelligent control, machine learning, fuzzy systems, intelligent communication and transportation, and computational neuroscience. Prof. Yang he has been very active in various professional activities. He serves as the Editor-in-Chief of International Journal of Robotics and Automation, and an Associate Editor of IEEE Transactions on Cybernetics, IEEE Transactions of Artificial Intelligence, and several other journals. He has involved in the organization of many international conferences.

Huazhen Fang is an Associate Professor of Mechanical Engineering at the University of Kansas, where he joined in 2014 and has led the Information & Smart Systems Laboratory. He received his Ph.D., M.Sc., and B.Eng. from the University of California, San Diego (Mechanical Engineering, 2014), University of Saskatchewan, Canada (Mechanical Engineering, 2009), and Northwestern Polytechnic University, China (Computer Science, 2006), respectively. His research interests lie in modeling, control and estimation theory with application to energy management and cooperative robotics. He has received the 2019 National Science Foundation Faculty Early Career Award. He currently serve as an Associate Editor for Information Sciences, IEEE Transactions on Industrial Electronics, IEEE Open Journal of Control Systems, IEEE Open Journal of the Industrial Electronics Society, and on the IEEE Control Systems Society Conference Editorial Board.

Topic of Keynote: Unleash the Combined Power of Physics and Machine Learning for Advanced Battery Management 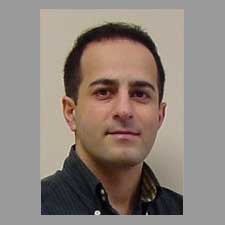 Dr. Behrad Khamesee is a Professor in the Department of Mechanical and Mechatronics Engineering, University of Waterloo, Canada. He is the director of MagLev Microrobotics Laboratory and co-PI of the RoboHub state-of-the-art robotics facility at the University of Waterloo.
His research interests and expertise include design, modeling, and control of advanced mechatronics systems, particularly microrobotic magnetic levitation and semi-active electromagnetic dampers for vehicles.

His research has resulted in 90 refereed Journal and conference papers, and his research group is a recipient of several best paper awards. His research group developed the world’s smallest magnetically-levitated microrobot which is equipped with a gripper. Dr. Khamesee is involved in conferences program committees, has organized several sessions at international conferences, and is a technical reviewer for several IEEE Journals.

Topic of Keynote: Magnetic Levitation for Microrobotics and Micromanipulation